The heart of the African Wildlife

The second large national park in Botswana. The memorable Chobe River flows through the Chobe National Park.
The beautiful sight of this river is an image that settles in the heads of visitors who come here for the first time.
The view over the river is spectacular from the air, from the water and overland.
The Chobe is undoubtedly one of the most picturesque rivers in Africa and it feeds an incomparable concentration of diverse flora and fauna.

Sailing on the Chobe River offers a completely new experience to view the animals from a different perspective. During a boat trip you can see hippos, crocodiles and a wide range of water birds. With more than 460 bird species observed here, Chobe is one of Africa’s main destinations for bird safaris.

Chobe River has a deep path cut through the sandy Botswana Country, winding through the small town of Kasane and the rugged landscape of the Chobe National Park and beyond.
Chobe National Park was founded in 1968. It was the first national park in the newly-just Botswana. It covers 11,700 square kilometers of flood plains, swamps and forests, with the Chobe River as its northern border. The popular river-shore section (Chobe River Front) of the Chobe National Park is the easiest to reach wildlife park in Botswana and is therefore attracting the most visitors. The Chobe River Front is praised for its large populations of elephants and Cape Buffalos. About 120,000 elephants live in this area.
During a game drive through this area you will also see many predators such as lions, leopards, hyenas and jackals. 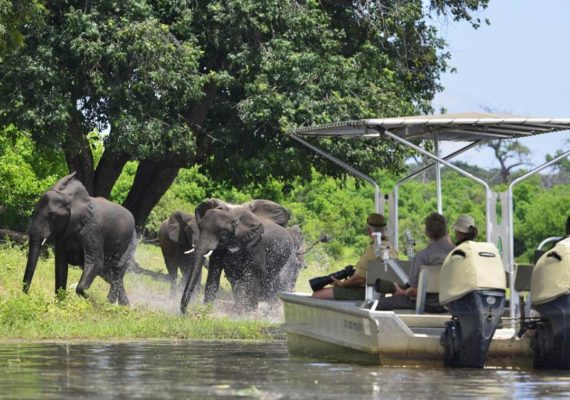 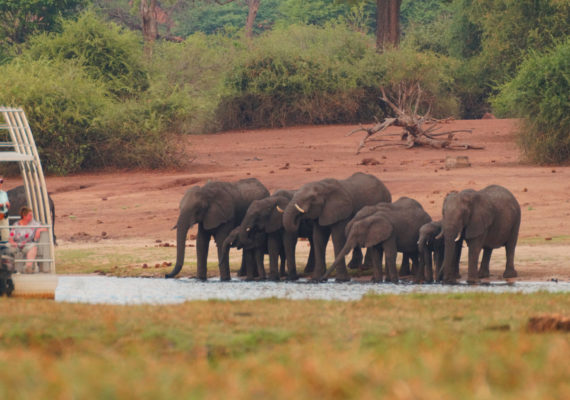 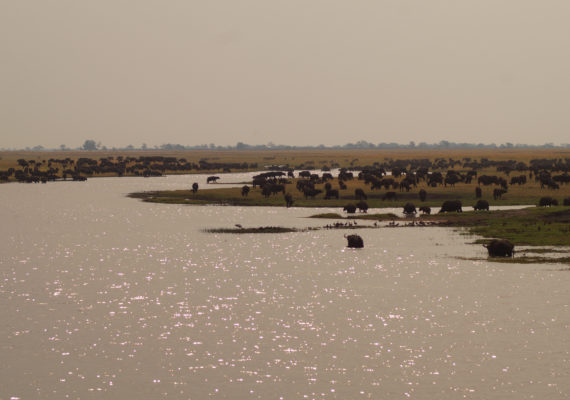 Populair trips to this destionation