The Bushmen, also called San, are the oldest habitants of southern Africa, where they lived for at least 20.000 years. Their home is in the vast expanse of the Kalahari Desert. The Bushmen are the remnants of Africa’s oldest cultural group, genetically the closest surviving people to the original Homo sapiens ‘core’ from which the Negroid people of Africa emerged.

Bushmen traditionally lived in Southern Africa in the following countries: Botswana, Namibia, South Africa, Zambia, Zimbabwe and Angola. Recorded history also placed them in Lesotho and Mozambique. Nowadays the Bushmen do not live purely by hunting and gathering.

Bushmen were hunter / gatherers with traditionally about 70 / 80 % of their diet consisting of plant food, including berries, nuts and melons gathered primarily by women. The remaining 20 / 30 % was meat hunted by the men using poisoned arrows and spears on hunts that could last several days. They made their own temporary homes from wood that the gathered. Usually they hunted antelopes.

Their hunting and gathering economy and social structure had remained virtually unchanged for tens of thousands years until very recently a socio-economic culture that has sustained mankind universally during their evolution until the advent of agriculture. The Bushmen did not farm of keep livestock, having no concept of the ownership of land of animal.

Their social structure is not tribal because they have no paramount leader and their ties of kinship are fairly relaxed. They are a loosely knit family culture where decisions are made by universal discussion and agreement by consensus. An individual’s opinion is naturally weighted according to their level of skills and experience in the particular field of discussion.

Families within a clan would speak a common language but neighbouring clans would usually speak a different tongue, although there would normally be a fair degree of similarity and understanding between them. Apart from family relations, bearing the same name would also foster a name kinship.

Bushmen are generally nomadic within fairly limited boundaries, governed by the proximity of other families and clans. As a very loose guideline, the territory of a family may stretch to a 25 mile circle. Obviously, if there are no other bothering clans or other people these areas may stretch further as far as is needed to ensure adequate food and water sources.

The role of men and women were very distinct and rarely overlapped, which is characteristic almost universal among hunter / gatherers the world over. It based on survival needs encourage the most efficient utilization of available skills and resources. Despite what is often perceived as a very sexist society, the importance of women is very high within the group and their opinions often take precedence, particularly where food concerned. 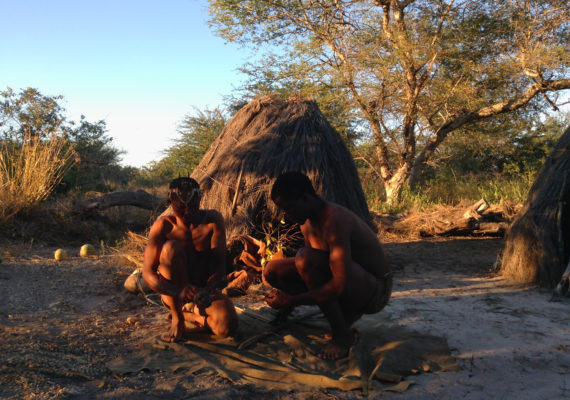 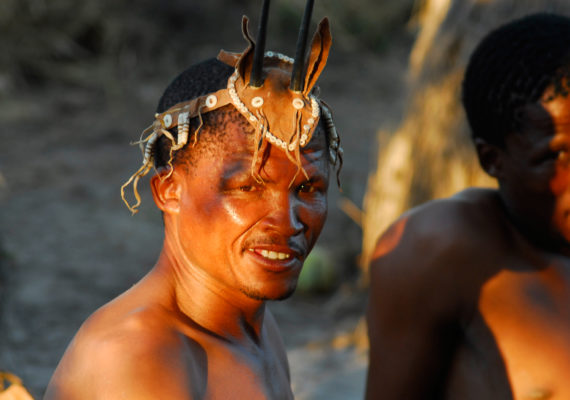 Populair trips to this destination